A: The launch location will be the Tamagawa Green Park Ground (downstream of the Odakyu Line River Bridge) in Komae City.You can see the Tama River from Parkheim Komae and you will be in front of it.

A: Traditional starmines that have been launched at the Komae fireworks display, message fireworks, and the hanavijon that will be a collaboration between music and fireworks.
In addition, during the Hananavijon, we plan to pass the Tama River and hold niagara fireworks connecting Komae City and Kawasaki City.
The number of launch shots will be about 5,000.

A: The 32nd fireworks display in 2004 was held at the end of the 2014 fireworks display, and since then, it was held as the 40th anniversary project of the city system for the first time in six years, “Music and Fireworks Festival”, and in 2015 it was held for the first time in five years as a project to commemorate the 45th anniversary of the enforcement of the municipal system.Last year, it was scheduled to be held for the first time in three years, but it was canceled due to the approaching typhoon.We received many feedbacks from everyone who wanted to implement it, and this year it was decided to implement it.

A: It is scheduled to be held if it is a light rain, etc., but there is a condition of the launch place, etc., so check the condition at 10:00 a.m. on the day, and in the case of stormy weather (rainy weather, strong wind), it will be canceled.
In addition, even after 10 o’clock, it may be forced to cancel due to sudden weather changes.

A: There are food and drink shops at each venue, so please use it.

A: For the half-ticket after the ticket is picked up, it is necessary at the gate of the boundary between the dedicated entrance and exit and free viewing area of the paid seat and the invited seat area, so please bring it until the end of the tournament.

A: For the Komae side venue, odakyu line Izumi Tamagawa station.For kawasaki side venues, it will be Odakyu Line, JR Nambu Line Todo Station or Shukugawara Station.

A: There is a garbage collection facility in the venue, so be sure to throw it away there.

A: On the day of the event, pamphlets will be distributed in the venue.

A: For the first and second venues on the Komae side, the first venue on the Kawasaki side, and the second venue, the bank is a passageway to the venue.Therefore, if you watch it on the bank, it will interfere with your traffic, so it is prohibited to stop on the bank or sit down. 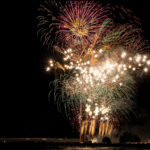 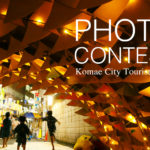